Twitterless Tweets | A 'Some Thoughts On Some Stuff' Edition

re MacKenzie Scott
As a philanthropist, you're not really helping the world if you're not helping WOMEN MAKE MONEY, become financially free, even wealthy, perhaps. This trend of female philanthropy is disheartening. Keep the money. Make even more money. Play the game. Be powerful. Steer this Patriarchy into a "Bonobo Sisterhood"/Matriarchy. It's better for everyone.
re White People &Their Stuff
White Person: Look at my new [fill-in-the-blank]! It cost $X, and it's X, and it's blah blah blah blah blah.
Me: [overtly sarcastic tone] Cool.
White Person gossiping to a fellow White: She didn't even comment on my obviously expensive [fill-in-the-blank], and she didn't care about any of my stuff! What. A. Bitch.
re New Tech
There's nothing more frustrating than getting gifted new tech, only to find out which of your current tech has become obsolete.
re BLACKPINK
Yes, I love them. Yes, I think it's naive for us to think that they're naive enough to not understand the innuendos of some of their lines, like, for instance, "It's black, and it's pink when the sun down." The reality, however, is that they're singing about complete nonsense, and I love it! I love it!
re Insecurity
From time to time, I still hear the voice that haunts, "Nobody wants to hear you." I am, nevertheless, getting better at telling that voice to go fuck itself.
re Problem Solving 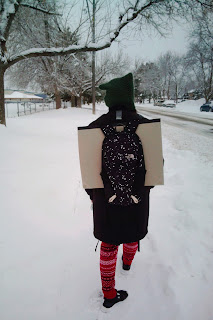 born twice with two names, now living under a third ...

... sun김선sailor is most accurately described as a time-traveling word-worker (tkscm.com), orbital-living choice-architect (tkscmlimited.com), thought-thinking do-gooder (lopsiii.com), & one bad-ass-motha-fucking bromide, striving toward $2.2B in a bromidic attempt to prove that in the pursuit of wealth, many many many others should also be winning ... see "&c." for more ...

the writings of an artist by ILK

Curious or need my attention?

from WHENCE we came